Everyone has a HISTORY 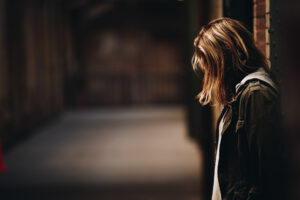 Faced with the realities of human trafficking, sexual exploitation, crime and violence, Gerry Plunkett - citizen of the West Island of Montreal – mobilized his compassion to start an initiative : the establishment of a non-profit organization helping victims of sexual exploitation. A team from the health, business, political, community and academic spheres joined him in the spring of 2012. Together, they formed a committee with the goal of creating the charitable organization.

Since its official launch on July 3, 2013, the organization's mission has been to provide assistance and support to women who are victims of sexual exploitation, aged between 18-35. On the same date, the committee also chose it's director, Ronald Lepage, responsible for development of the organization.

[La Sortie]'s mission has been to provide assistance and support to young women victims of sexual exploitation, aged between 18 and 35

Following a first strategic plan, La Sortie was set up to tackle the issue of developing a housing center specifically for women. The main obstacle was the development of a shelter. Two years were spent in an effort to gain access to the "Accès Logis", Montreal's housing branch program. Unfortunately, the admissibility requirements changed during that time, making the project no longer eligible. The search for an alternative suitable residential property therefore became a priority. However, due to the lack of knowledge regarding our organization by the general public and urban planning regulations, it was not until August 2015 that the housing project became possible. Despite the enthusiasm of the borough's elected representatives and citizens, La Sortie withdrew from the process of amending the planning by-law in October 2016 because the immediate neighborhood was unwilling to accept this type of clientele so close to home.

The delay in housing services led to a significant change in the development of support service, in awareness and education efforts. The lack of knowledge regarding the issue at hand and the types of services we offer consequently required the organization to focus more on raising awareness. Since 2015, we have worked to educate network stakeholders and the public about the need for social aid for victims of sexual exploitation. This includes producing text and video clips in social and traditional media. A series of lectures were given at secondary schools and leisure centres for youth, the content of which was developed by Maylissa, survivor and social integration worker at the time. November 12 of 2016 marked the birth of the annual fundraising gala. In addition to generating financial aid, we were able to raise awareness and gather media attention. 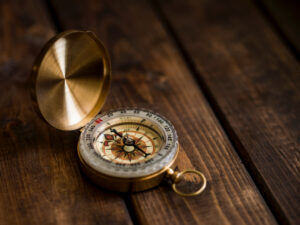 As a result of our outreach efforts, we received an invitation from Public Safety Canada to become a candidate mandated at coordinating a research project, which aimed to develop a housing intervention model for victims of trafficking in the province of Quebec. The goal of this project was to give organizations more resources to mobilize the required partners in the effort to offer a housing solution in order to make it possible for sexual exploitation victims to escape prostitution.

During the long process of setting up the shelter, the management and volunteer staff of La Sortie have offered  direct support services to women who are victims or are at risk of sexual exploitation. Since April 2016, we have performed hosting, assessment and orientation activities. This was done through a 7 days a week telephone help line and individual support, as well as accompanying women to the various social services of the Montreal area. These activities were consolidated by the recognition of the Ministry of Justice through the funding of the "Alternative to Sex Work" program. The program aims to accompany the victims of sexual exploitation that have decided to leave their abusive environment. The participants in this program express the need to regularize their social situation and health and to find housing and employment in order to facilitate their social reintegration. Therefore, on August 1, 2017, La Sortie hired a social worker whose main responsibility is to support these women in their social reinsertion.

La Sortie wishes to be effective in supporting women who wish to find an alternative to the sex industry. This is why despite all the fundraising efforts, the organization made the decision to rent a residence - whose address remains confidential for security reasons - in the Vaudreuil-Soulange region. The residence, which can permanently accommodate up to 5 women, officially opened on September 1, 2018. Personalized support for each individual is offered.

Let's make history together and offer them La Sortie !

We use cookies on our website to give you the most relevant experience by remembering your preferences and repeat visits. By clicking “ACCEPT ALL”, you consent to the use of ALL the cookies. However, you may visit "Cookie Settings" to provide a controlled consent.
Cookie SettingsREJECT ALLACCEPT ALL
Manage consent

This website uses cookies to improve your experience while you navigate through the website. Out of these, the cookies that are categorized as necessary are stored on your browser as they are essential for the working of basic functionalities of the website. We also use third-party cookies that help us analyze and understand how you use this website. These cookies will be stored in your browser only with your consent. You also have the option to opt-out of these cookies. But opting out of some of these cookies may affect your browsing experience.
Necessary Always Enabled
Necessary cookies are absolutely essential for the website to function properly. These cookies ensure basic functionalities and security features of the website, anonymously.
Advertisement
Advertisement cookies are used to provide visitors with relevant ads and marketing campaigns. These cookies track visitors across websites and collect information to provide customized ads.
Analytics
Analytical cookies are used to understand how visitors interact with the website. These cookies help provide information on metrics the number of visitors, bounce rate, traffic source, etc.
Performence
Performance cookies are used to understand and analyze the key performance indexes of the website which helps in delivering a better user experience for the visitors.
Functional
Functional cookies help to perform certain functionalities like sharing the content of the website on social media platforms, collect feedbacks, and other third-party features.
Others
Other uncategorized cookies are those that are being analyzed and have not been classified into a category as yet.
SAVE & ACCEPT
Powered by